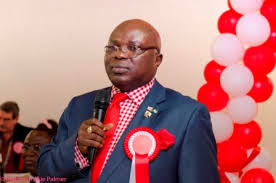 Hon. Logos Koroma is endowed with relentless courage, he is industrious and dynamic. He is also a visionary, but above all he has a profound knowledge of diaspora issues. It was these unique attributes that propelled his appointment as Diaspora Coordinator. He dominated the diaspora politics for five painful and treacherous years of his ten years in the Earnest B. Koroma administration. Hon. Logus Koroma was viewed as one who understood Diaspora problems more than any officials and more so, because he was closer to the former president Ernest B. Koroma more than the vice presidents.